Peru at a Glance 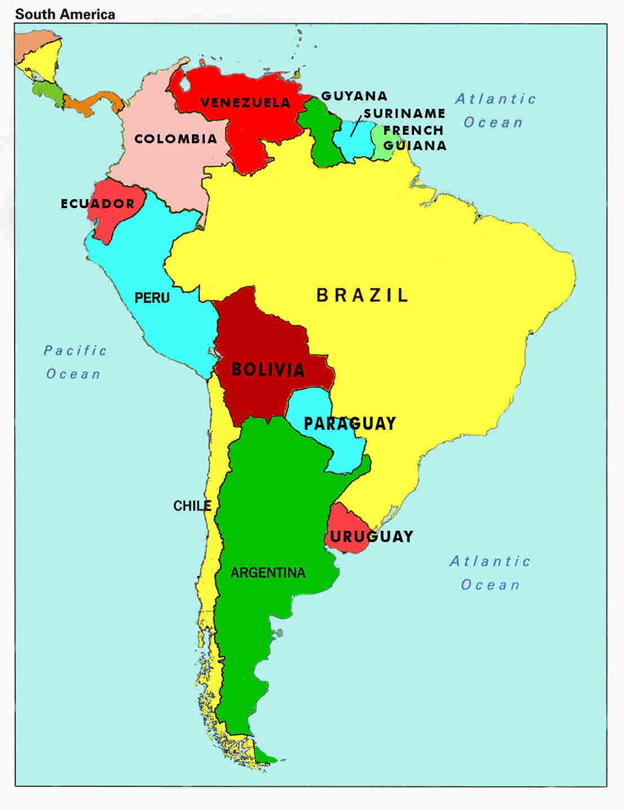 One of the last Spanish American colonies  to declare independence, Peru became a republic in 1824 but has been politically unstable during much of its history. The most recent period of military rule ended in 1975.

The country suffered  from considerable debt and financial instability , drug trafficking and repeated political violence during the 1980s. The political and economic climate almost put the country  into civil war. Alberto Fujimori, a Peruvian of Japanese descent who served as the country’s president from 1990 to 2000 is widely credited with achieving stability and economic progress. His methods drew accusations of authoritarianism and human rights violations.Though popular, he was convicted of corruption among other crimes and sentenced to a long prison term in 2007.

In 2021, the latest election has put a left-wing former school teacher into power. Pedro Castillo, who was elected under the banner of nationalizing the main industries such as energy, mining and agriculture. The result of this form of government is too early to evaluate, however, by the end of 2022 a much clearer picture of the economic structure of the country should be evident. While the country may have political strife, it still relies heavily on tourism for capital infusion and that portion of the economy seems to be thriving.

Peru is 1.29 million square kilometers in land mass, ranking 20th in the world. Its population is 29.8 million people ranking 42nd in the world, with a median age of 26.7 years. Ethnically, the country is made up of Amerindian 45%, mestizo 37%, white 15% and other 3%. The major religion is Catholic 81%, Evangelical 13% and other 6%. The capital is the city of Lima, which is the seat of government as well as the economic center of the country.

Companies incorporated in Peru are considered resident institutions for tax purposes and thus subject to a corporate income tax ( CIT) rate of 29.5%. For the purpose of determining taxable income, such entities are allowed to deduct expenses to the extent that they are necessary to generate or maintain the source of taxable income. As of January 1, 2019, a definition of ” accrual” was incorporated into the Peruvian Income Tax Law ( PITL). In addition to the accrual component, legal persons and legal entities are required to identify, obtain, update, declare, retain and provide information about their ultimate beneficiaries, and in this regard an ” Ultimate Beneficiary Affidavit” must be filed. The new requirement is a method of the Peruvian tax administration to build a tax database and maintain control of taxable revenue. Currently, there are no local or regional tax levies in Peru. Peru does have a series of taxes such as in many other South American countries. Taxes are levied on:

Taxed as ordinary income, however, the sale of stock is taxed at 5%, if the stock has been issued by a Peruvian company listed on the Lima Stock Exchange.

Classes of taxes are based on domiciled and non-domiciled individuals and entities, however a good rule of thumb is an applicable tax is usually 5%

Rules are established which dictate the tax structure of non-resident corporations at 4.99%. Non compliance to the  rules can result in a rate of up to 30%. Individuals are subject to the same rules and tax rates

A Peruvian corporation is taxed on Peruvian and foreign sourced income at a rate of 29.5%.

Like many other countries Peru also has a number of corporate deductions such as:

Net operating losses (NOLS) are also considered a deduction, however, the calculation of the amount is governed by very specific rules and regulations.

As in any new endeavor, it is prudent and highly recommended to engage local professionals to assist in the efforts to do business in Peru. Again, the political climate is subject to change quite rapidly which can affect corporate functions and operations.

Some factors which are very important in Peru are the composition of the culture in doing business . Respect and trust depends primarily on the status, rank, education and age of the people communicating and representing the company or entity. Business relationships in Peru are highly considered between people and not necessarily companies. The establishment of personal relationships with others create powerful networks and are essential to success. Maintaining relationships, trust and tact is more important than competence. People must think you are worth knowing is an important guideline in Peru.

Communication in Peru is a bit different in that there are two official languages, Spanish and Quechua. Peruvian Spanish is also notably different from Spanish spoken in Spain. Few Peruvians are fluent in English.Therefore, it is very important to have local personnel with language proficiencies on staff.

Although Peruvians generally prefer a straight forward negotiation style, attempts to mislead a counterpart are not uncommon in order to take advantage of the negotiations. Do not take such tactics personally; verify all information. Even when you see through an inaccuracy,  it would be a grave personal insult to state or even hint that your counterpart may have not represented your company appropriately. Remember, relationships help solve disputes. Always expect your business interactions to be slow and protracted. As a note, Peru is ranked 58th overall in the world for ease of doing business.

In summary, adhere to the following “do’s and don’t’s” as a general rule to do business in Peru.

Try to find an “enchufado” or local intermediary to help you make initial contacts. and act as your representative.

Consider that appearing competent or creative may be less valued than whether people think you are worth knowing. Again, it is highly recommended to establish relationships.

Keep  frequent eye contact to convey sincerity so you can build trust and be worthy of respect by your counterpart.

Change company contacts unless you absolutely have to, since doing so could mean having to start over to build relationships

Say “no” without carefully planning the message. It is important to communicate disagreement tactfully and perhaps indirectly

Appear to be boisterous or aggressive.

Since the recent elections of 2021 will have an impact on your ability to do business in Peru, it is most important that you carefully consider all  of your decisions, investigate all facts and most of all invest time, energy and effort to build relationships.

Peter Raymond has been doing business in South America for the last twenty-five years.  He is an expert in fire systems, business strategy, business marketing, private investigations, and consulting.  To reach Peter you may contact him at – rpeter5@aol.com

To subscribe to receive information from us go to:  https://globallifesafetyalliance.org/#subscribe

Or you can contact the Global Life Safety Alliance at carole@globallifesafetyalliance.org.